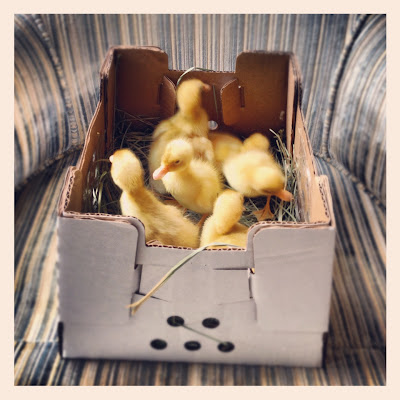 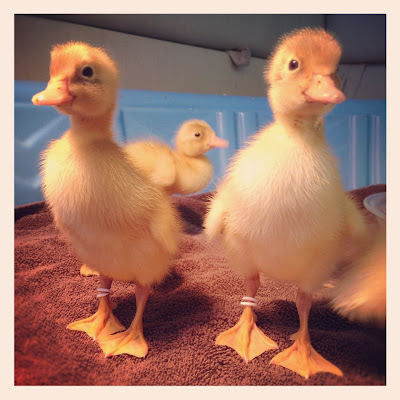 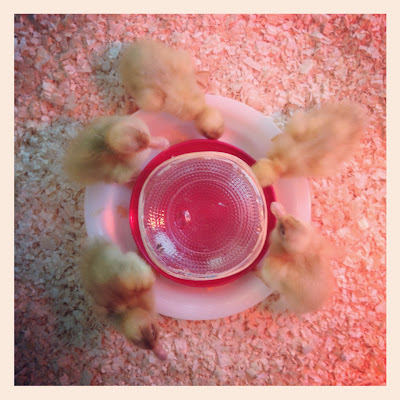 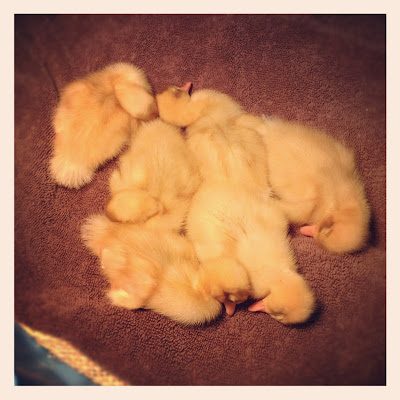 So they are pretty darn cute. By the end of the first day I could see developed strength and curiosity. They're beaks and feet were significantly pinker and their bodies plumper. All they do is eat, drink, sleep and poop. Last night as we were making dinner I heard a cry coming from the porch. Loud chirps over and over again. I went to the brooder and sure enough one had already figured out how to get out and her buddy was sounding the alarm. S to the rescue! We nicknamed her Air Jordan or A.J. for short; she is a bit bigger than the rest and very active. Than S fashioned their cardboard barrier so "A.J." wouldn't try any moves in the middle of the night. We sat on the couch and watched them eat and drink and tumble over one another. One of the gals was so tired she fell asleep standing up and then fell over. When they were all done eating they arranged themselves into a pile and slept.
I woke up a lot during the night, at one point I checked in on them, they were sound asleep under the light. Whew! Now I can go back to sleep. This morning they were all huddled in their box shelter, more cuteness and we gave them some finely chopped kale from the garden. It was an instant hit! 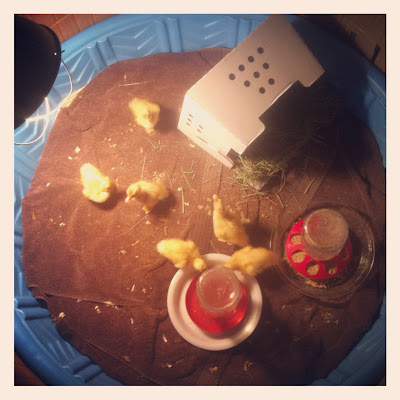